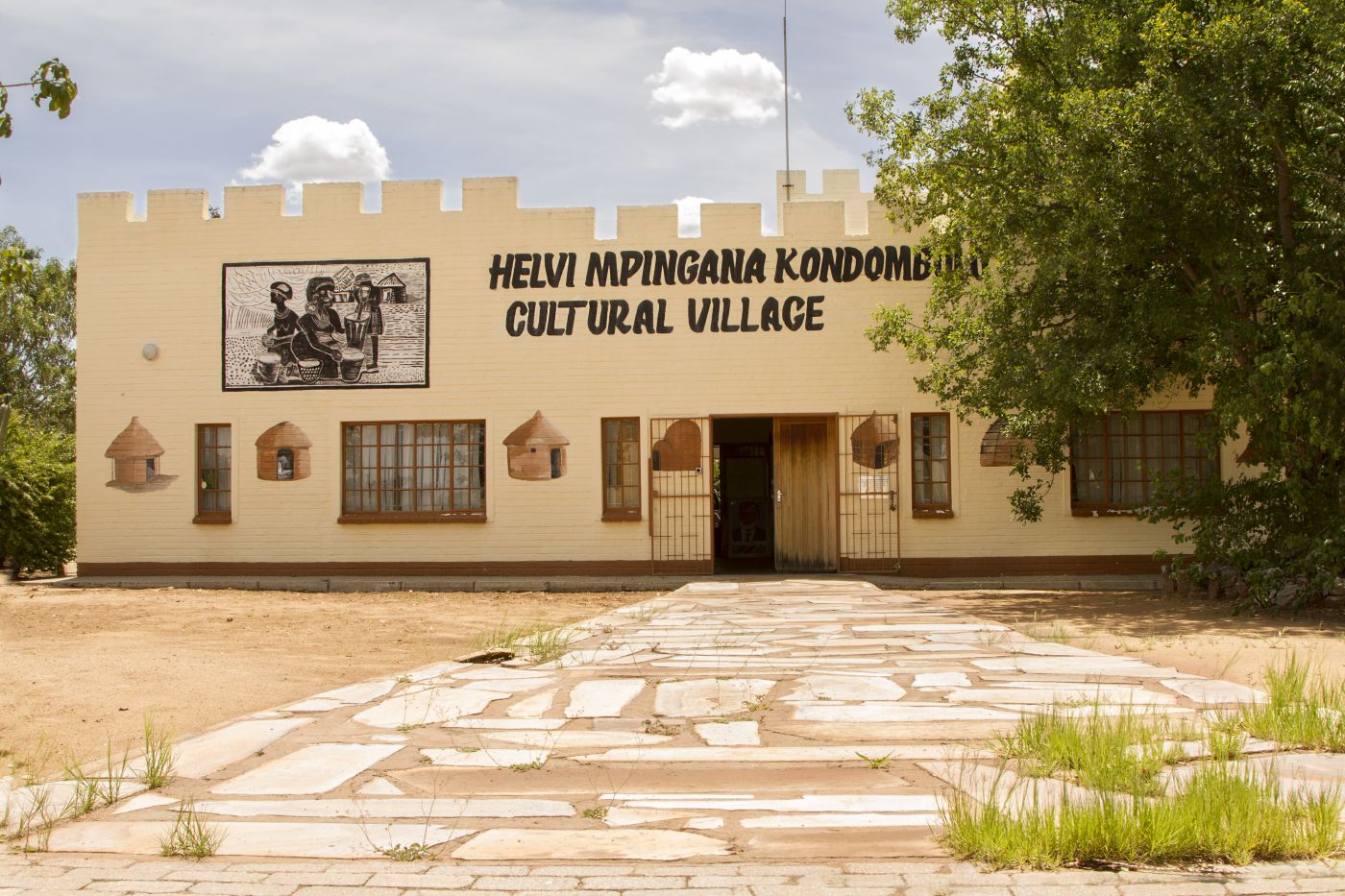 Since 2018, Glomdalsmuseet and Tsumeb Municipality have been engaged in a collaboration to revitalize the Cultural Village in Tsumeb, an open-air museum focusing on the cultural diversity of Namibia.

The Cultural Village in Tsumeb is an open-air museum aimed at promoting various Namibian cultures to local residents and tourists.  The full name of the museum is Helvi Mpingana Kondombolo Cultural Village. It was opened to the public in September 1997 by former Tsumeb Mayor Susan Nghidinwa.  Prior to this, Mrs. Nghidinwa had visited Glomdalsmuseet in Elverum (Norway) and was inspired by how folk museums in Norway have been used to foster awareness of regional culture and strengthen belonging to the Norwegian nation. The Tsumeb Elder believed Cultural Village in Tsumeb could have a role to play in promoting cultural diversity in Namibia and strengthening the unity of belonging to the newly independent nation. The Namibia Association of Norway (NAMAS) based in Elverum and Elverum Municipality provided support for the realization of this Cultural and Open-Air Museum.

The overall aim of the project is to revitalize the open-air museum. The focus is on three components: Restoration of the traditional homesteads, developing and formalising governing documents and the establishment of a basic level of information to support self-guided visits. Tsumeb municipality is the owner of the museum and has been responsible for executing the project locally. The project is safeguarded by the Museums Association of Namibia in collaboration with the Glomdal museum (Anno museum). The project is primarily funded by Innlandet County Municipality (former Hedmark County Municipality), as part of the international cooperation with the Oshikoto region in Namibia.

The project has pursued a principle of inclusion and participation and encouraged local stakeholders of ethnic communities to take part in shaping the homesteads they feel are relevant to them. Instead of presenting a generalized building style and social life from a particular point in time, the project has allowed for local interpretations of what each homestead should represent from Damara (Khoekhoegowab), Ovahimba, Aawambo, communities from the Kavango regions, communities from the Zambezi region, Hai-//om (San), Ovaherero, !Khun (San), Tswana, Nama, and Afrikaner. The fact that the open-air museum is representative of the majority of Namibian cultures and significantly influenced by local participants, makes the whole museum unique. The museum is in touch with current practices and the intangible heritage among contemporary Namibians.  The restoration processes have been documented by the municipality, through notes, photographs, and interviews.

The Museums Association of Namibia has provided vital support in establishing a formalised set of governing documents, through workshops, drafting documents and seeing the final version signed by the Tsumeb Municipality. The process also involves establishing an advisory board to provide guidance and safeguarding of the museum as a formal community institution.

Finally, the project involves establishing physical signs in the open-air museum to help visitors navigate and each homestead is accompanied with a descriptive text written in English and a local language.

Namibian Heritage Week is an annual national event organised by the Namibian Heritage Week Team.  Tsumeb Municipality has taken this opportunity each year to actively celebrate the event on-site in order to protect Namibia’s wonderful natural and cultural resources and bring the Cultural Village to life.

In addition to hard-working volunteers and stakeholders in Tsumeb and other parts of the Oshikoto region, the following people and institutions are involved in coordinating and administering the project:

For questions about the project

Coming Soon! The Museum of Namibian Fashion!
WE ARE HIRING - DIRECTOR

The Windhoek City Museum will introduce you to some of the places, stories and memories that give our city its unique identity. Our museum is not only a `Knowledge Bank’; it also encourages visitors to give their input and views on issues that concern us all as residents of the city. Our museum is, therefore, also a forum where people can share their different views and, perhaps, play a role in shaping the future of Namibia’s capital city. After walking around our museum we hope that you will take time to relax with a cold drink at the Jazz Café, our secret diamond hidden at the back of the building.

The museum contains six galleries with permanent displays and one gallery that is used for temporary exhibitions.
Opening Hours: 08h00-16h00 Monday to Friday