Workshop on Issue of Human Remains in Museums in Southern Africa

Archaeologists have been excavating ancient human settlements in Africa for many years. Archaeological research has helped build our knowledge of pre-colonial Africa based on the objects that have been uncovered. The excavations also involved the removal of human remains from ancient graves and the study of these skeletons has given insight into subjects such as the diet of these ancestors and the cause of their death.

However, in the early colonial period, some museums also sought human remains as `specimens’ of racial types that contributed to theories of racial hierarchies and the construction of racial stereotypes. Bodies were often obtained in an unethical way with bodies removed from recent graves (or even before they were buried) without the consent of their family. The University of Namibia recently hosted a workshop that bought together museum workers, academics and community activists to discuss a regional approach to the sensitive issue of human remains in museum collections.
The workshop was funded by the Commonwealth Association of Museums (CAM) and the International Council of Museums (ICOM). The workshop provided an opportunity to start a `conversation’ in Southern Africa about the best way to develop guidelines. It was argued that it was important that people who had been `collected’ as `specimens’ were `rehumanised’ so that their bodies are treated with dignity and respect. The workshop was particularly timely as IZIKO Museums of South Africa have identified almost 160 `unethically’ collected human remains, the majority of which were collected from Namibia.

The collection reflects a particular focus on obtaining bodies from the San and Nama communities as, in the late nineteenth and early twentieth century, it was believed that these communities would become `extinct’. However the collection also includes a significant number of human remains from northern Namibia that were collected after Ondjala yekomba (`the famine that swept’) of 1914-1916. European museums are also reviewing their collections and have already started returning human remains. The most prominent recent examples have been the return of fifty-five individuals from German museums to Namibia in 2011 and 2014 and the reburial of Koos and Trooi Pienaar in South Africa in 2012 following the return of their bodies from the Museum of Natural History in Vienna, Austria.

Ms Veno Kauaria, the Deputy Permanent Secretary of the Ministry of Education, Arts and Culture, who officially opened the workshop, set the tone for discussions by raising some important questions. “How do we decide whether human remains in our collection were obtained ethically? How do we find out whose human remains are in our museums, how old they are and how they got there? What should be the time period after which human remains can be legitimately excavated for research purposes . . . 150 years? 200 years? 1,000 years? When, if ever, might it be justified to display human remains in our museums?

How do we decide what should happen to unethically collected human remains after they are returned to our countries or found in our museums? Do we give them a Christian burial, even if they were not Christians? Should we not grant them the respect of a proper burial to recognise that they were people and not specimens? Who should be consulted and how? What do we do when there is insufficient information to trace the descendants? Should unethically collected human remains be returned, as far as possible, to their place of origin ?”
Dr Rudo Sithole, the Secretary-General of the African Council of Museums provided the keynote address and highlighted the fact that it would be useful if museums in Africa could collaborate to develop appropriate guidelines to deal with the issue. The current project is developing tools to help facilitate this conversation, particularly in Southern Africa.

CAM provided funding to place a Canadian intern, Ms Paige Linner, with the Museums Association of Namibia for six months. Ms Linner assisted with the development of a small mobile exhibition that will be used as an educational tool by UNAM and that could be used to help facilitate community consultations. Additionally the project has set up a web site, www.humanremainsinsouthernafrica.org, that will be used to share relevant guidelines and policies as well as readings and educational materials and that will expand with the project. It is proposed that a further workshop should take place in Botswana in 2019. 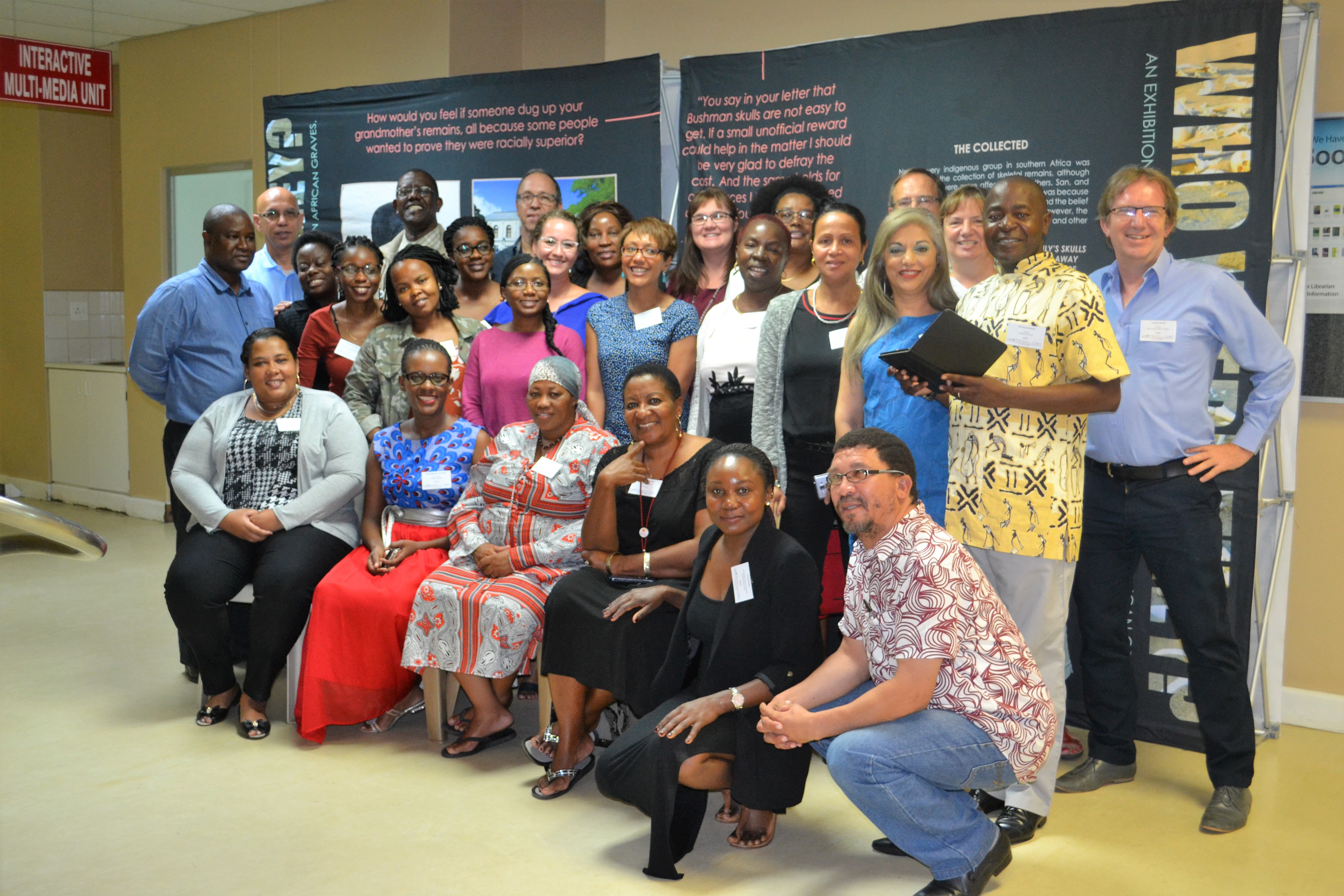 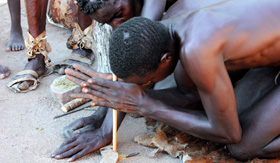